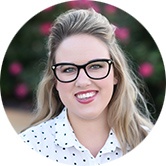 An interview with Jeff Zack, founder and owner of Z Supply LLC.

Q: Why did you want to start a business?

A: Before I knew it, I became an entrepreneur as I was planning to retire. In 2008,  I was a sergeant at the Michigan Department of Corrections, and was planning to retire in November 2011. However, as much as I wanted to retire, I  realized I hadn’t saved as much money as I should have so I started thinking about what I might be able to do after retirement. One day,  my wife and I were on a trip to Ludington and we stopped by a friends’ house –Hank and Carol Austin.* They were selling wood boilers for a local boiler manufacture at that time and doing very well.

Hank, encouraged me to sell wood boilers as a sub dealer under him. I started selling and in a few weeks I had sold three outdoor wood boiler units. I was feeling pretty good about this new business venture. But then in October 2008 the Great Recession happened, and of course everything changed. Credit dried up and all the rest. It felt like this was a done thing. BUT it had been so busy up to that time that the insulated pipe for the boilers I sold was back ordered for six weeks.  My customers, and a couple of Hank’s customers, were already into the middle of October which was a cold month in 2008. These customer’s boilers could not be hooked up. One particular customer had used his propane money to buy the unit so without the insulated  pipe he did not have heat.

A Business is Born

Q: How did you start Z Supply LLC?

A: I started doing research to see if we could make the insulated pipe with the resources we had. We did have the inner pipe for it, and we found the materials we needed and started making it by hand so we were able to fill our customers’ most important needs and once we did that I started making it for all the customers that we had. I am not the brightest guy, but I could see that there was a market for this.

That winter I rented this really nasty underground basement in this old factory where we could experiment with making these materials.  My intention was to have a hobby business that I would make up 10 or 15 thousand of these in the summer, sell them in the fall, and winter in Florida like every good Michigander does, or wants to, after retirement! My time in this nasty basement paid off because I developed a way to go from making this material by hand to making it by machine. The business took off.

Hawken Energy, in Shelby, Mich., one of my first customers called us up there and committed to buying a large volume. That made it possible for us to start making this venture a more substantial business. I always remember that winter, when we were in the nasty basement, allowed us to take this order.

Our determination that winter was really the key to the invention of the machine that now makes it very fast to make our pipe. We now make it at up to 100 feet a minute.

With our machine and our first real customer and a couple other customers in Michigan other boiler manufactures came on board. We now had the ability to start our business in 2009. The nice thing about starting a business in 2009, was that space was very cheap and so was labor.

We had nowhere to go but up and the same thing was true for the whole country. We had nowhere to go but up and so that first year was actually a bit disappointing in the volume that we saw. It was actually less than what was predicted by the manufacturers. Again, this was the result of the poor economy and tightening credit. So between 2009 and 2014 we increased the business between 50 and 80 percent per year and at the top of our bell curve we did a little over $2 million in revenue.

An Entreprenuer Retires and Reaches Milestone in New Business

Q: When did you officially retire?

A: When I saw that things were going well, I decided I could go ahead and leave the Department. I did retire in November of 2011, as planned. I left the Michigan Department of Corrections with 25 years of service.  I do have a full retirement package, which is a great blessing to me.

Q: Why did you consider expanding your business?

A: As we moved into 2014 and 2015, the EPA enacted some regulations that were bad for us. At the same time declining oil and propane prices were an issue. So the market began to shrink in 2015, which is when the Xorbee product became a part of Z Supply. Jeremy Leffring, the owner of Xorbee, in Muskegon, Mich, became a partner with Z Supply.

Xorbee makes foam-filled furniture, using 100% reclaimed and recycled foam, which led us into the foam core business making soft seating for the K to 12 industry.  We sell this product to school suppliers. We did really well for our first year in 2017, even though we missed the first part of the sales season. We did not start selling until the prime selling season was over, so we feel confident that we’re going to do very well next year and this is also what we are hearing from our partners.

This is our story… we see Z Supply as the outdoor wood burner supplier in a shrinking marketplace. We’re still a profitable company and by tightening our belts and using our time wisely and always looking for other opportinities, we’ll continue to succeed.

ChoiceOne Bank Selected Because All Decisions Made Locally

Q: Why did you move to ChoiceOne Bank?

A: We had been with Huntington Bank, but when I first started, I needed a line of credit so we could order from China, and I encountered this thing where it’s an “out-of-town decision.” I really wanted a bank that was making their decisions locally and that’s how I came to ChoiceOne Bank.

ChoiceOne was recommended to me as an option by Steve Wheeler, my contract CFO. I brought Steve Wheeler into the business in 2011.  Steve saved my company by helping it go from a hobby to a real business. When we talk about all the technical issues and issues about what a real business is supposed to look like—it didn’t look like that prior to Steve coming on board.

After Steve pointed me toward ChoiceOne, I had my first meetings with Jason Parker and Lou Knooihuizen.

They came here in the first meeting for the walk through with myself and Steve Wheeler and they actually made a decision in the car on the way back to the office so the decision came very quickly. There was no reason to call to get a decision because it was done right there, and so that was our first experience and and since then the experience has been great. ChoiceOne doesn’t always give us everything we want but the Bank has given us everything possible and it’s been a good relationship.

I always remember, 3 years ago at an entrepreneurial awards banquet, Dan McKinnon won the award and he talked insightfully about his relationship with his banker as being one of the most important things in helping him grow his business. His exact words were very close to the idea that he was able to be totally open and honest with this banker – not just to tell them the things that you know he wanted the banker to know – but he could tell them everything. When I heard that, I said to myself that is exactly what I want to have with my banking institution—the kind of relationship where I can be open and honest and tell them everything because doing it any other way to me seems like it doesn’t meet our values.

Q: What are your core values?

A: Our core values are based on Micha 6:8 out of the Old Testament where it says that “What does the Lord requires of you? That you do justice, love kindness, and walk humbly before the Lord."

For us, justice means doing the right thing; love kindness means treating our vendors, customers, and employees as we would want to be treated; and to walk humbly means understanding that all we have comes from the Creator.

*My dear friends Hank and Carol also had a paraflight business up in Shelby, Mich. They’re the couple that perished in a paraflght incident years later.

For over a century, we’ve been committed to seeing West Michigan grow, our neighbors prosper, and our employees enjoy a meaningful career. We believe this is our responsibility as the community bank in West Michigan: to honor those that trust us with their livelihood.